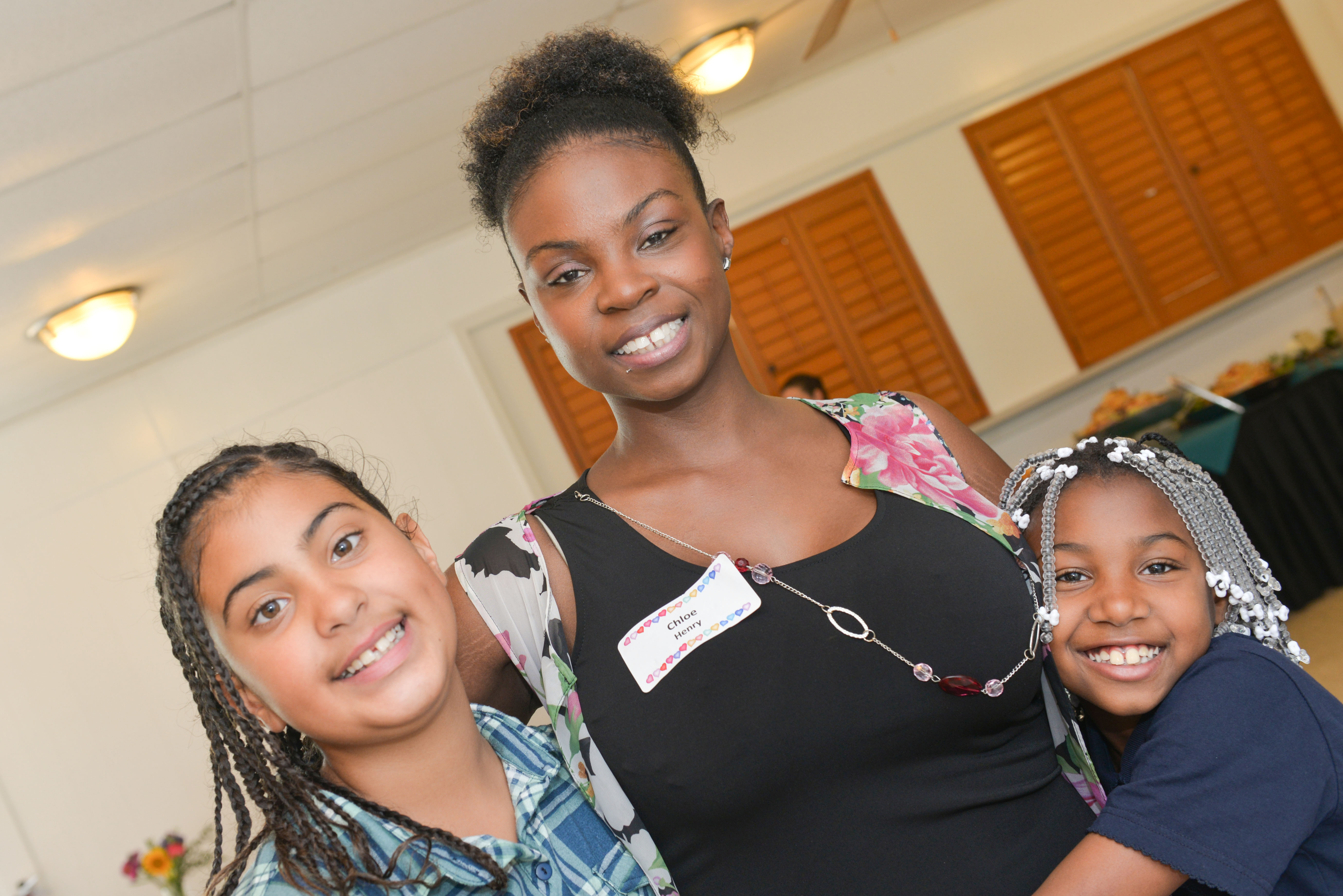 The impact the Hibiscus Children’s Center has had on children is greatly emphasized by the story of former Hibiscus Shelter client, Chloe Henry. When Chloe came to the Hibiscus Shelter in Jensen Beach at ten years old, she couldn’t have imagined that she would never return home or live with her family again. She and her brother had been removed from their mom due to child neglect. Eventually, her mom’s parental rights were terminated and Chloe and her brother were officially foster care children until they aged out at 18 years old. Chloe, who grew up in Ft. Pierce and is now 33-years old, has shared how the hurts and disappointments are still vivid memories, but she has learned to turn her difficulties into a positive message instead of letting negative circumstances overwhelm her and cause her to become a bitter adult.

Chloe’s journey began with an initial placement in a local foster home before being placed at the Hibiscus Shelter. She expressed that her mom was a loving and caring mom, but struggled with substance abuse and mental health issues. During these times, Chloe stayed with relatives and friends, and in her words, “learned that monsters are not scary looking like you think, but sometimes come in the form of people who say they love you”. She lived at the Shelter in 1997 for one year before being placed in a few different foster homes, and then returned to the Shelter for another year and a half. Chloe was filled with anger, hurt, and trauma as the result of physical, mental, and sexual abuse and neglect.

“When I was first removed, I did not want to be there at the Shelter. I refused to find the good in it. I told them it was like I was in jail and can’t do anything I want to. I just chose to see the bad in everything. I was angry, scared and overwhelmed. I really behaved poorly and made bad choices, but it was because I was hurt inside and I didn’t trust anyone. But, after a little while, it started sinking in that the staff and volunteers were good and cared about me. I knew this was a safe place and that the staff loved me – they never gave up on me no matter what I did or said to them. I wish I could go back in time and say thank you to the staff and volunteers for never giving up on me”.

More than twenty years later, Chloe has two young daughters and has a positive message she wants to share with youth. “My passion is to use my trauma to say, I’ve been there, and I do know how you feel. But if you always dwell on the bad, then there’s no joy in life and it takes a toll on you. Always look for the positives”. Chloe concluded her message with this,

“I know I am a good mom to my girls because I am able to show them the love and care that I received from the Hibiscus staff. I want all the supporters to know that what you do means so much. Please never think it is small or doesn’t matter, it does matter and on behalf of the children who can’t say thank you, I say thank you for them and for myself. You have changed my life and made me who I am today.”

Chloe has visited the Hibiscus Shelter and Village and shared her message of hope with our children. They were thrilled to meet someone who had walked in their shoes and understood exactly what they were feeling. Hibiscus Children’s Center is privileged to have Chloe share her positive and inspiring story with our youth. She is a remarkable young woman and an incredible role model. Chloe also has a message for the community, “I can’t stress enough that if everyone would be willing to speak up for those without a voice, it would put a significant dent in the number of children being abused”.

Chloe continues to advocate for children in the foster care system and spread the message of the children’s needs and that there is hope.